UNION COUNTY, N.C. — The father of a child found dead inside a Union County home Sunday afternoon has been arrested and charged with murder, according to authorities.

The Union County Sheriff's Office said they received a call just before 1 p.m. Sunday asking deputies to respond to a home on Senconnee Drive in Indian Trail for a cardiac arrest patient.

#HappeningNow Death investigation in @UnionCountyNC. The sheriffs office says they responded to a call of a little boy found dead inside a home on Senconee Dr. Still investigating cause of death @wsoctv pic.twitter.com/KTttSOPUq0

Detectives are continuing the investigation into the circumstances surrounding the death of Louis-Charles "Louis" Gilbert Chenier, the child found deceased in an Indian Trail home yesterday. Louis would have turned 3 next month.

The child’s father, 30-year-old Alden Whitehead, is accused of beating the boy and leaving him to die inside his home.

The boy, affectionately known as “Louie,” would have turned three next month.

Authorities said the boy's mother was coming to pick up her son from his father's house after spending the weekend there when she found the child unresponsive in a bedroom.

In court on Tuesday, prosecutors told the judge that Louie’s mother had an informal custody agreement with the boy’s father, so she dropped Louie off at his house on Friday.

When she came back to pick Louie up on Sunday, he was dead. His mother found him lying on a bedroom floor. She rushed outside and tried to resuscitate him, but it was too late.

Prosecutors said Whitehead was in another room. 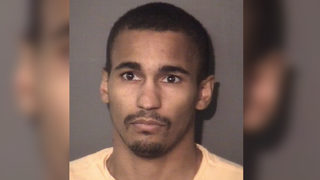 Neighbors on the quiet street told Channel 9 they knew something was wrong when they heard the boy’s mother screaming that her baby had been killed.

One neighbor even ran over and tried to help with CPR efforts.

In court on Tuesday, prosecutors said Whitehead hit the boy repeatedly before leaving him to die.

Mothers who live nearby told Channel 9 the case has shaken them to the core. They saw Louie playing outside earlier that day and remember waving to him.

They said they’re so broken, the only thing they can do is pray for the boy’s family.

Whitehead has been charged with first-degree murder and a felony charge of child abuse inflicting serious injury.

The next hearing in this case will be in a few weeks. Until then, Whitehead will be held without bond because prosecutors could seek the death penalty.

The prosecution will decide whether to pursue the death penalty after they receive more detailed information about the boy’s death.

This is an ongoing investigation. Check back with wsoctv.com for more information.