CMPD say they think they know identity of man accused of 5 armed robberies across Charlotte
Updated: May 23, 2019 - 6:37 PM

CHARLOTTE, N.C. — Police are searching for the man they said tried to rob an east Charlotte Subway restaurant using a crowbar and may be connected to four other similar crimes.

On Thursday, police said they believe they now know who the man is, though they have not yet made an arrest. They did not make his identity public.

According to a Charlotte-Mecklenburg police report, a man entered the Subway on The Plaza on Tuesday just before 10 p.m. He ordered food and when the 18-year-old cashier opened the register, the suspect pulled out a crowbar and demanded cash. 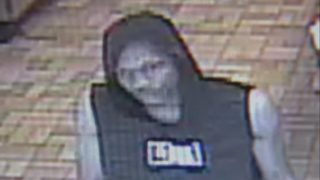 The worker, who is a student at Garinger High School, was able to kick the register closed and activate the holdup alarm, causing the would-be thief to run out of the store.

CMPD is also investigating another robbery at a Subway, this one in the midtown area, just south of uptown.

A worker at the restaurant on South Kings Drive told police that on Monday, just before 9 a.m., a man walked into the store armed with an unknown weapon and demanded money from the register.

During a separate robbery that happened on Monday, not at a Subway but at a 7-Eleven on Central Avenue, the store employee told investigators that a man came in just after midnight and stole cash while threatening her with some sort of metal rod.

And on Wednesday afternoon, Charlotte-Mecklenburg Police told Eyewitness News reporter Glenn Counts that they believe the same person robbed a Dollar General on The Plaza. So far, there have been no injuries reported in any of the five incidents, but police said several of the victims noted the robber indicated he would use violence if needed.

Rakasha Patel, who owns one of the Subway restaurants hit during the spree, told Counts it was frustrating to see one of her employees put in a dangerous situation for such a small amount of money.

"I don't know, for $60 they just jeopardized everybody's life," Patel said. "She was shaking herself after three hours of the robbery, she got a headache she was complaining to me her heartbeat is high and she is frightened."

The security camera system at the Subway store on W.T. Harris Boulevard and Mt. Holly-Huntersville Road recorded the robbery, where the suspect ordered a sandwich, went to pay for it, then pulled out what looked to be a black baton to threaten the employee when the cash drawer opened.

Police say the same M.O. is present in the three Subway robberies, the 7-Eleven robbery and the latest robbery Wednesday afternoon at the Dollar General: the suspect uses a black baton or rod and threatens violence.

Simon Cowell breaks back while biking